The results of the WeAlmaty project in three years

The initiative to develop the project was announced by the British Council, supported by the KBTU, the ADC and the mayor of Almaty. 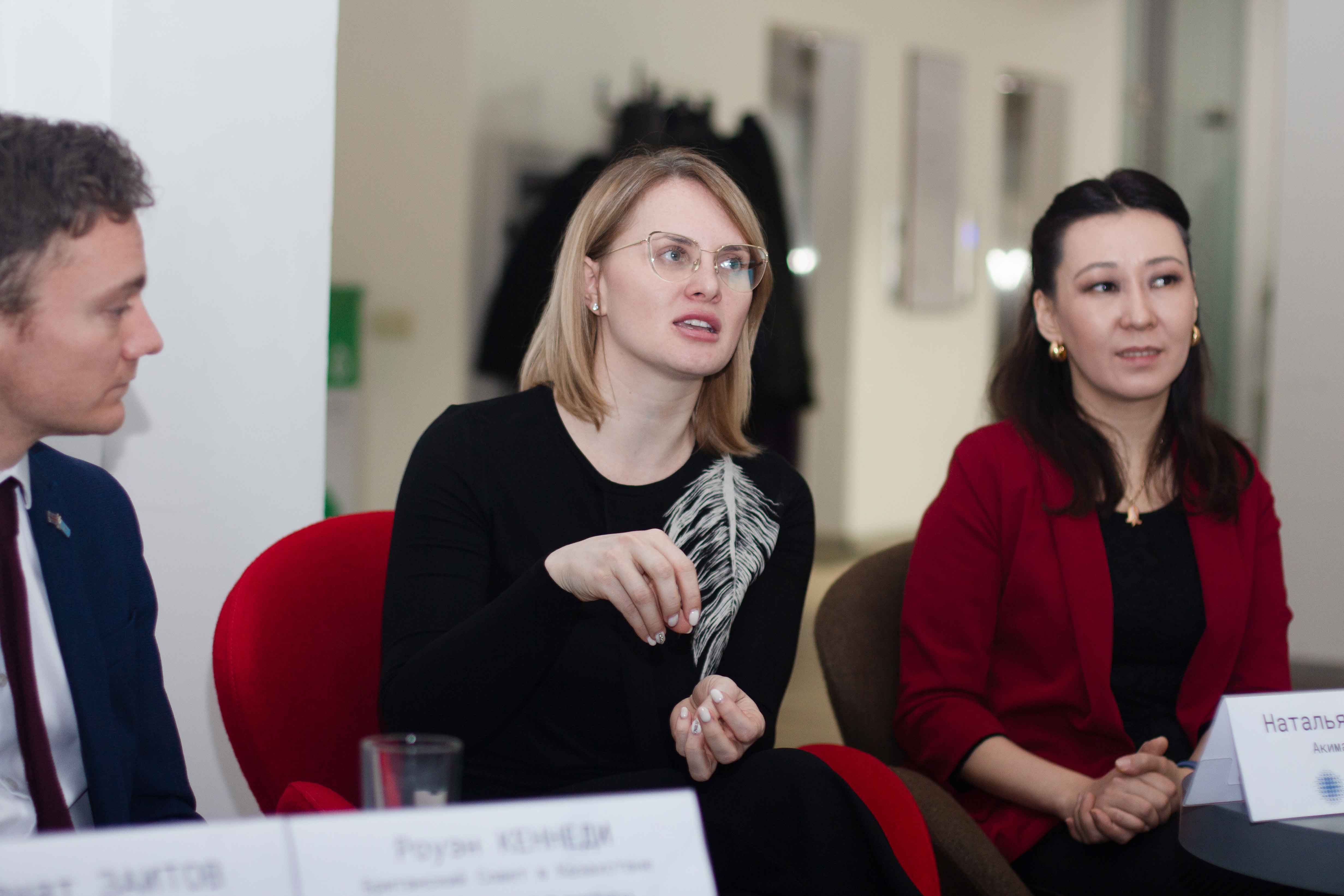 On February 29, the WeAlmaty project ended with a large-scale festival of city initiatives. During three years of work, the project connected citizens, activists and authorities in the name of improving, solving problems and pumping the urban environment.

STEPPE spoke to the project organizers - people who carefully and clearly supervised the project from the beginning to the end. They also talked to the participants of the festival, who laid the beginning of important changes in the urban space.

One of the main objectives of the WeAlmaty project is to create a productive dialogue between civil society, the private sector and local governments.

How did it all start?

Daniyar Mukitanov, head of the WeAlmaty project: Three years ago, four organizations came to the creation of a common project for the development of civil society in Almaty.

The initiative to develop the project was announced by the British Council, supported by the Kazakhstan-British Technical University, the Almaty City Development Centre and the administration of Almaty. Thus, a significant application was prepared for participation in the European Union grant competition. The grant was approved at the end of 2016 at the rate of 430,000 euros and the project began its implementation in March 2017. 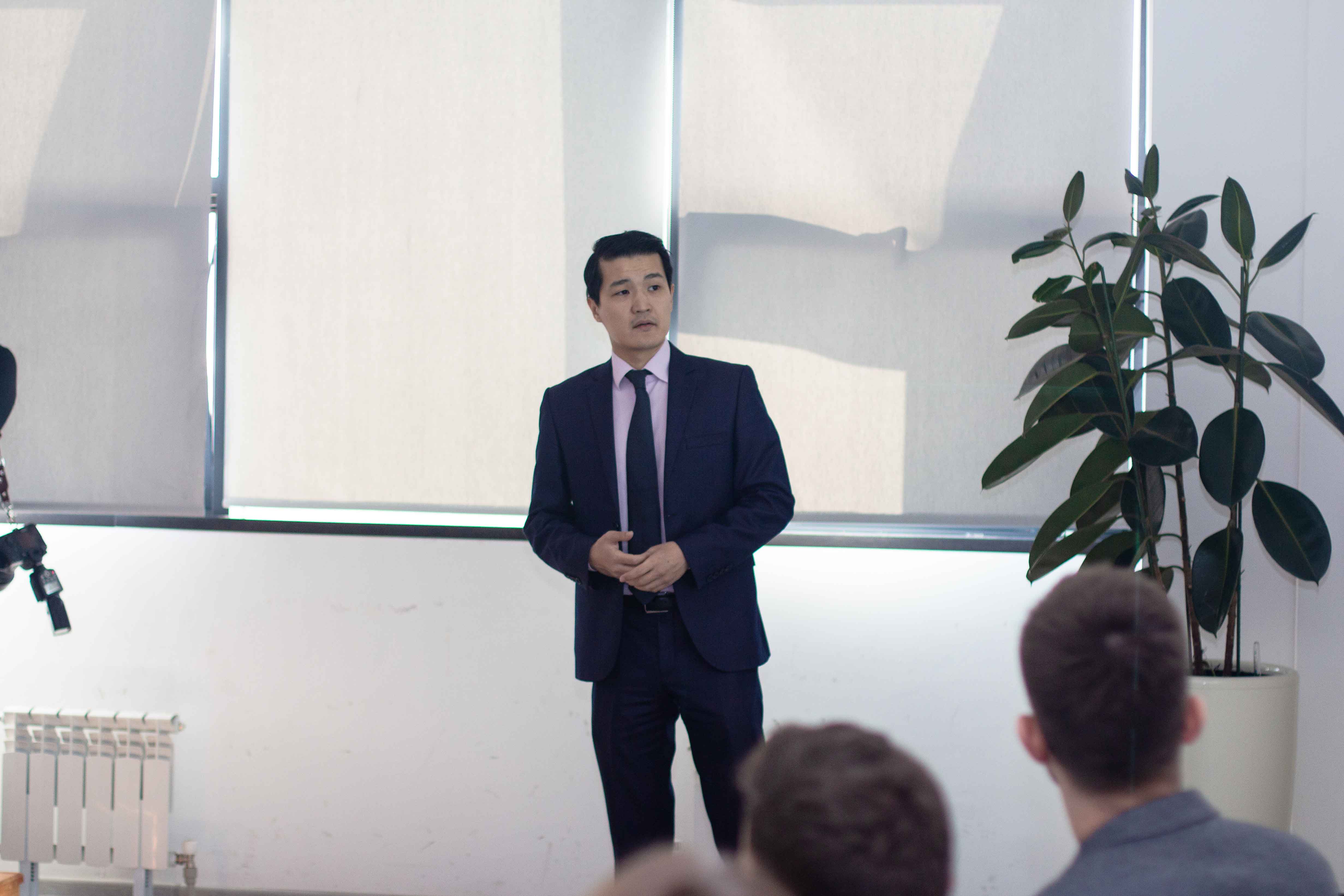 «The British Council has also invested in this project. The grant from the European Union covered about 75% of all costs for the implementation of «WeAlmaty.» The missing finances were invested from us,» said Rowan Kennedy, director of the British Council in Kazakhstan.

According to Natalia Livinskaya, an adviser to the Almaty mayor's office, there was an early revision of the budget and redistribution of finances due to unintended spending within the framework of the WeAlmaty project.

The «WeAlmaty» project did not want to create something new, as donors usually do. He gave the city's existing activists new opportunities, knowledge and environment to form useful communication networks.

The main task facing the festival was to involve the general population in urban processes.

The Workshop of Urban Initiatives

The workshop is an active urban school where he had the opportunity to study various aspects for social development - finance, marketing and urban thinking skills.

Seven facilitators were selected to study at seminars in Almaty and the UK, which eventually conducted trainings and shared their experience with more than 200 participants. After the facilitation programs of the first stream, 42% of participants formed social projects for the development of the city.

Facilitators are agents of change. They held a workshop of city initiatives, moderated forums, the first of which took place on September 22, 2017, and the last - April 30, 2019. The facilitators were actually the ambassadors of the project.

Nine forums were held by the team of the «WeAlmaty» project and our partners. These forums were attended by representatives of civil society, state structures, entrepreneurs, low-mobility citizens, schoolchildren and students.

The main task of the forums, in which 824 people took part, was to create a comfortable and smart city for smart citizens.

In the last year, the WeAlmaty project held two conferences in Shymkent and Astana in partnership with local administrations and community organizations to convey the experience and knowledge with Almaty. Ten significant projects in the field of ecology, urban leisure and infrastructure have been financed in three years.

Citizens of the two cities noted that such conferences are very unique, as at the site they could directly address questions about the further development of the city and the city community.

Who received the grant and pointed out the weaknesses in the city?

10 projects received a grant of 5,000 euros, which were consistent with the principles:

The distribution of directions.

All 10 projects participated in the festival of urban initiatives: «With Love in Every Loop,» Lake Karasu, ‘Tazalyk’, ‘Sound Art Laboratory’, Rocket Plastic, Eco-Scan, «The District, Comfortable for the Blind«, "Oasis of Almaty«, Citizen Playground and «City Farm.»

1. Lake Karasu is a prime example of big changes. A large dialogue between the mayor and the residents of the district escalated into financing the construction of a park zone in the Karasu district.

This is the first such precedent when civic activity from the suburbs has reached a new and large-scale level of funding.

2. Q-Lab is a free space for all citizens, which was created by the mayor. Here, everyone can hold their own events and meetings.

This project does not directly merit WeAlmaty, but it is a qualitative indicator of the change in the culture of dialogue between the mayor and people.

3. The District, Comfortable for the Blind - a project from the Public Foundation «Zhiger.» The participants decided to take a point for the Alatau district, selecting several dozen frequented places. With the grant funds, these places have been fully adapted to blind people.

Extensive work has been done to install tactile slabs and sound beacons at the entrances - they are necessary for blind people.

4. «Urban Farm» evolved from a small initiative. After receiving a grant from WeAlmaty, the project began cooperation with the Atakent BCC, where they were granted land at no cost. Mobilar.kz is a project of mobile homes, also donated a house for them to hold workshops on urban farming.

«Urban Farm» is a clear example of successful collaboration and a sustainable social project.

After the official part and awarding certificates to the team of partners began an informal party at the festival. In the open areas, guests of the event watched movies, participated in fairs and workshops. STEPPE spoke to several festival participants about the phenomena of their project. 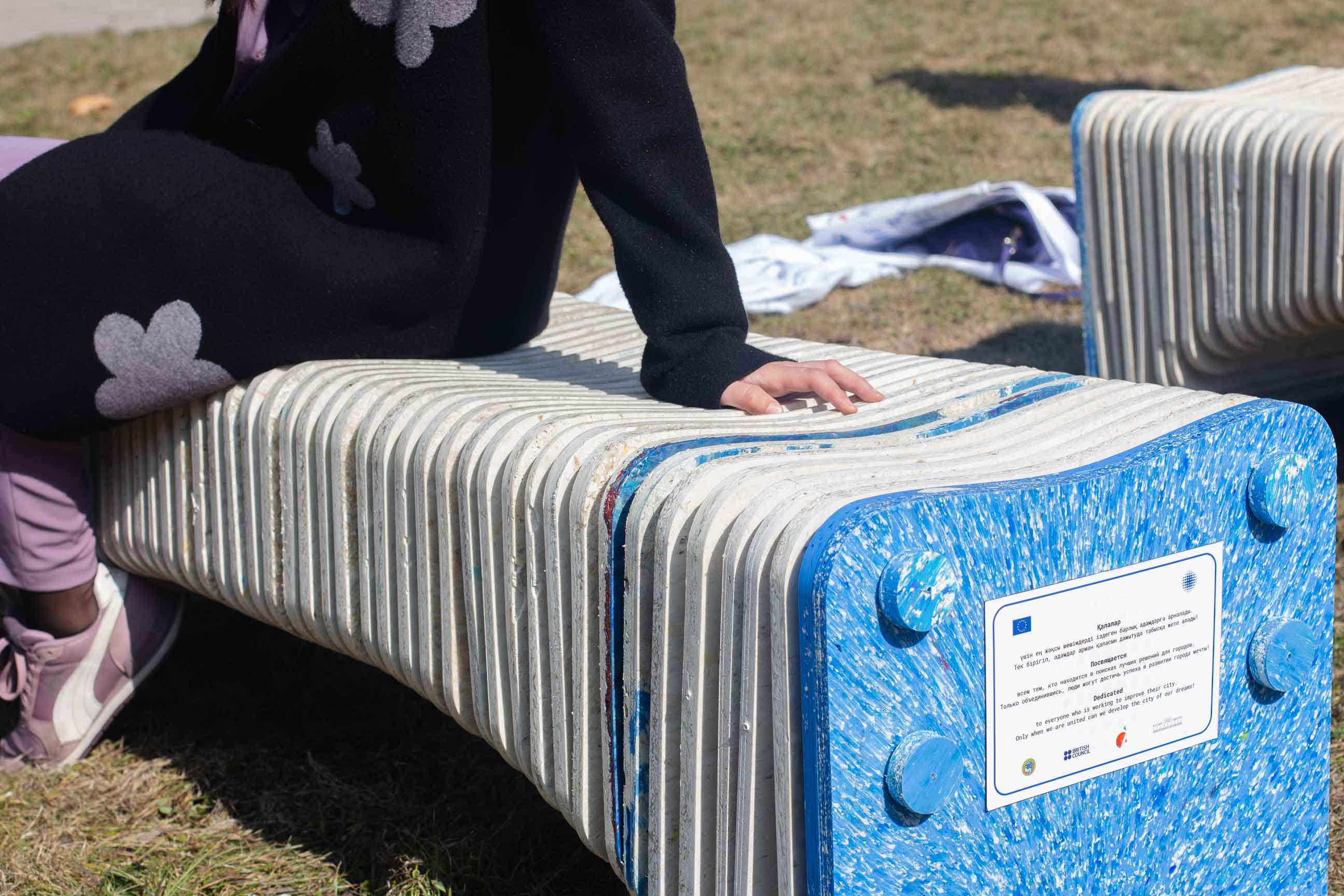 Kenen Skakov, co-founder of Rocket Plastic: At the festival, we installed a plastic recycling shredder that works with bicycle revs. From recycled plastic lids you can create keychains or decorative boxes.

We collected 120 kilograms of plastic specifically for the construction of two benches near the building where the closing of the WeAlmaty festival was held. Our organization is engaged not only in collecting, but also in the processing of plastic. Today we are cooperating with Air Astana. 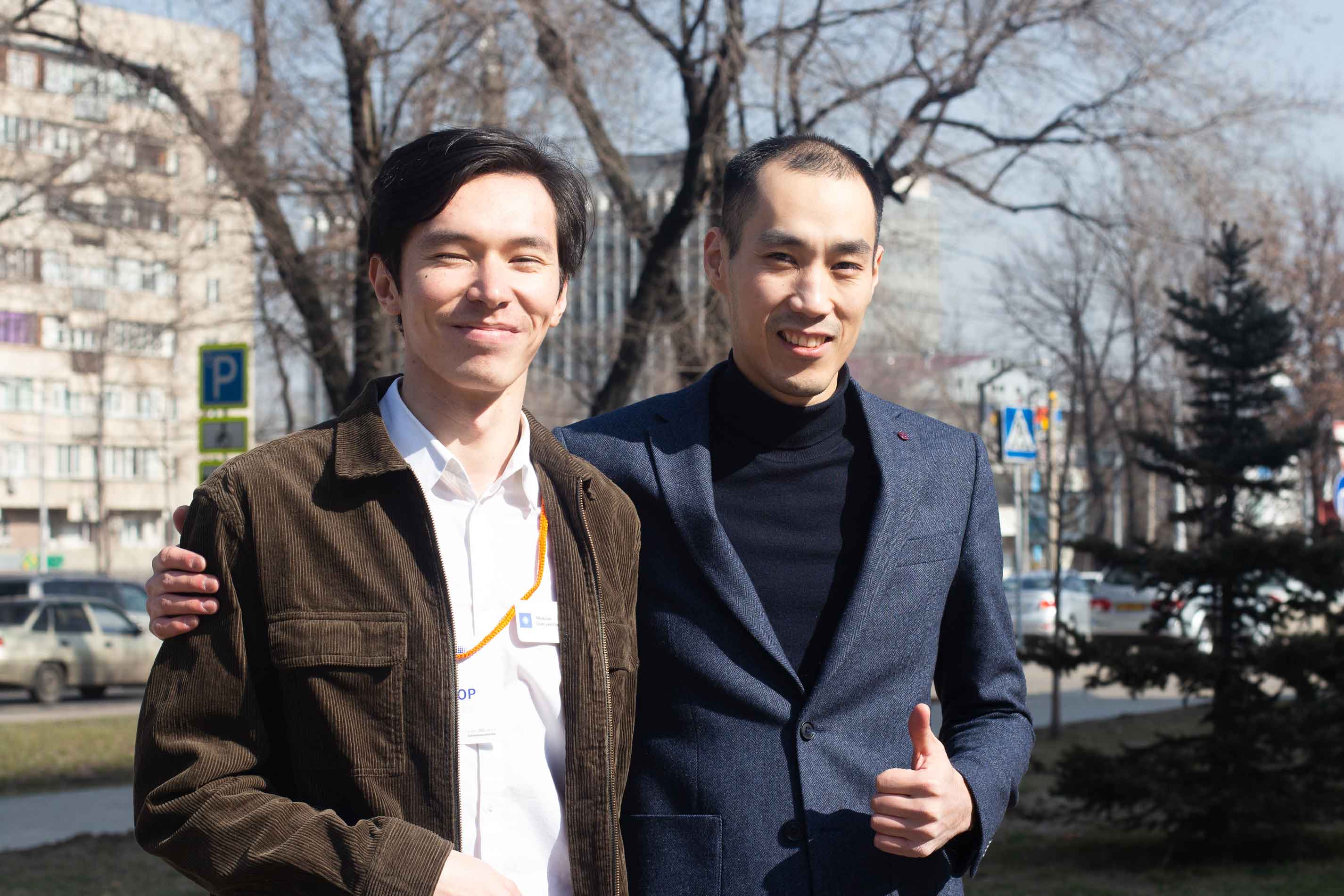 Wooden benches quickly lose their fresh appearance, and recycled plastic is more stable and it is more pleasant to sit in the warm season because of the cold surface. Soon we also plan to install an eco-canopy over the benches.

We would like to thank the British Council, which funded our project with the support of the European Union. 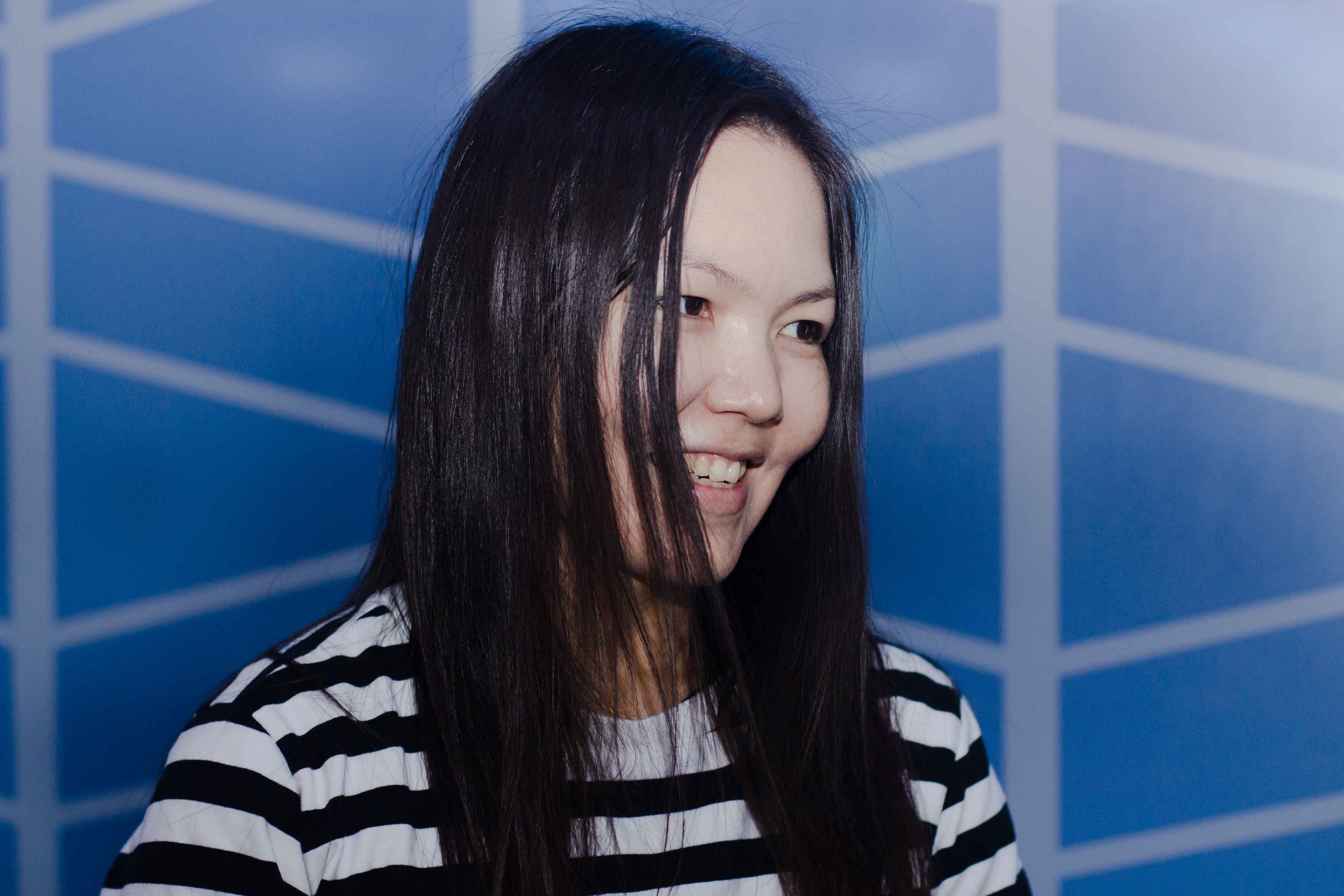 Anel Moldakhmetova, curator of Citizen Playground «Adamdarga Alandar«: Citizen Playground is a project-research aimed at studying cultural leisure in non-central areas of the city. We created a mobile pavilion, which roamed to different areas. Previously, we studied them to choose the most active and compacted, such as Shanyrak.

We brought a mobile library with comics, set up a scene and built with children different cool things.

Thanks to our festival, you can revitalize your area and relearn the space. More such local events are needed to get the residents involved. Our project is a friendly holiday, very homely and warm. 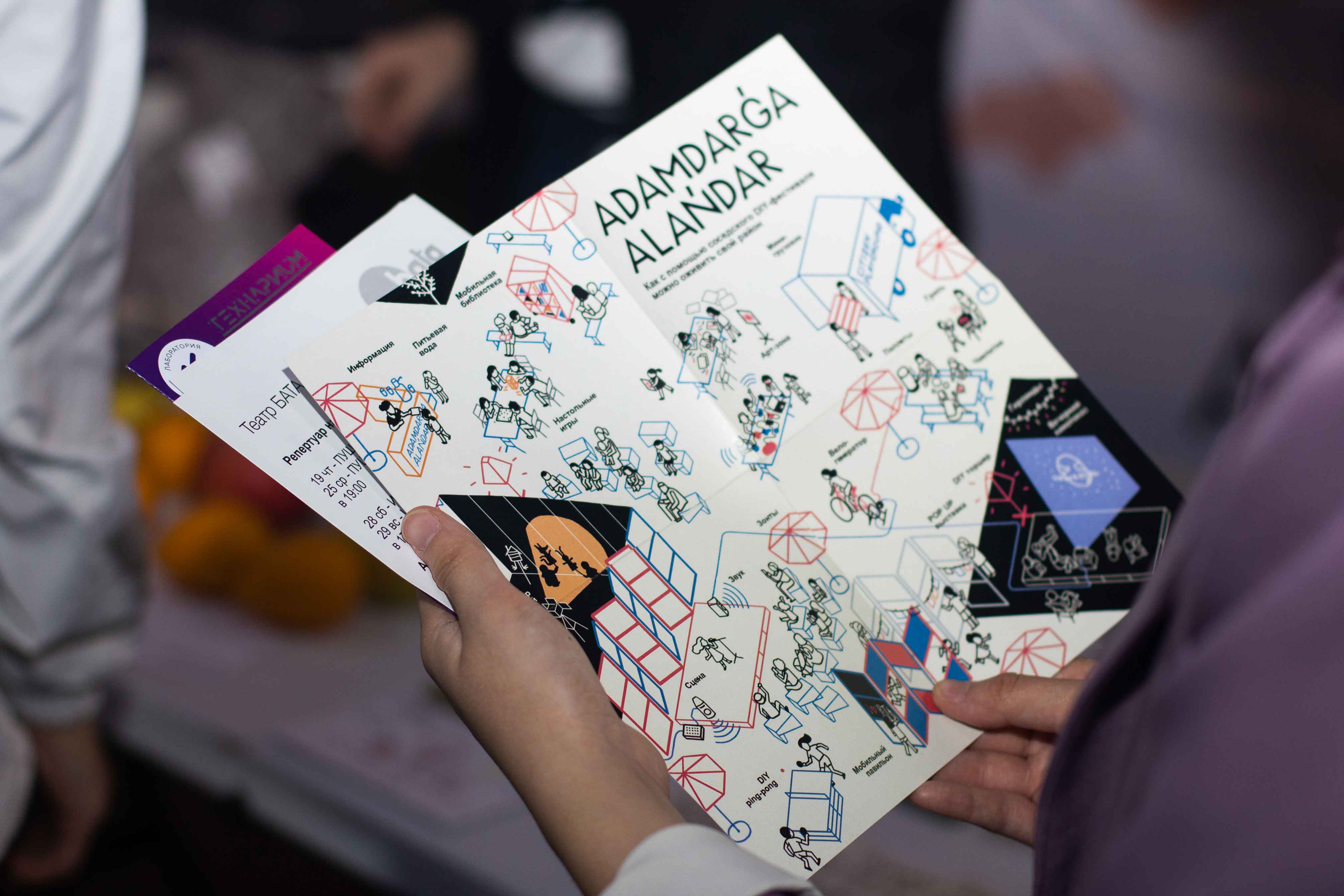 During September, every weekend we held a festival in one of the districts of the city. We had cool feedback and the kids were thrilled. They were shocked at how they could prove themselves and their capabilities.

Children and parents from non-central areas are infrastructural and transported from the center. We have an idea that the city budget should go not only to big concerts, but also to such small ideas. We have already created a method and are negotiating with the mayor. 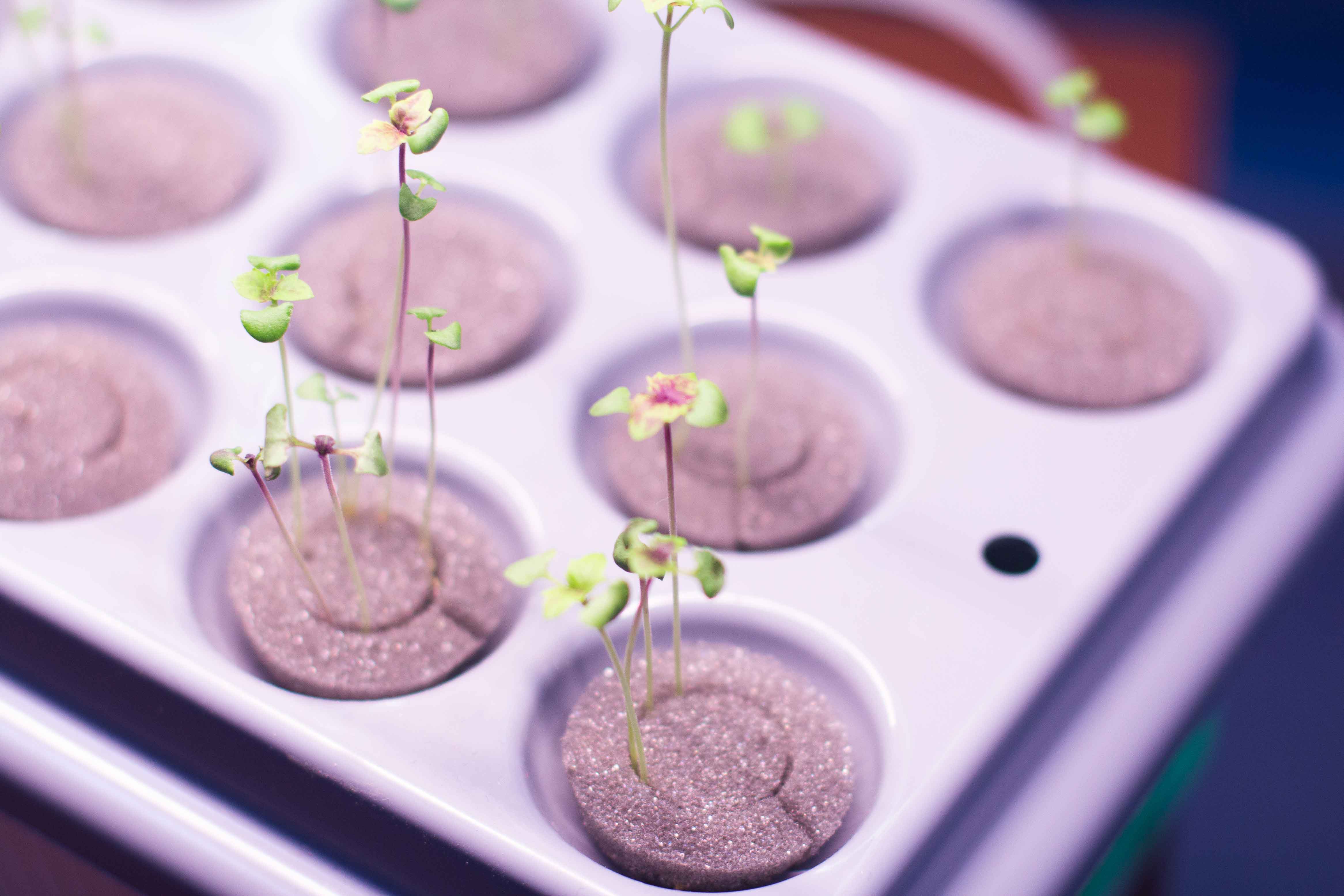 Dauren Zholdasbayev, «Urban Farm«: Our goal is to show everyone the profession of the future - it's a city farmer. We can teach people how to grow essentials in their kitchens. If you have a private house, you can grow anything, so we do training even on beekeeping.

You can install apiaries in your yard and collect honey. 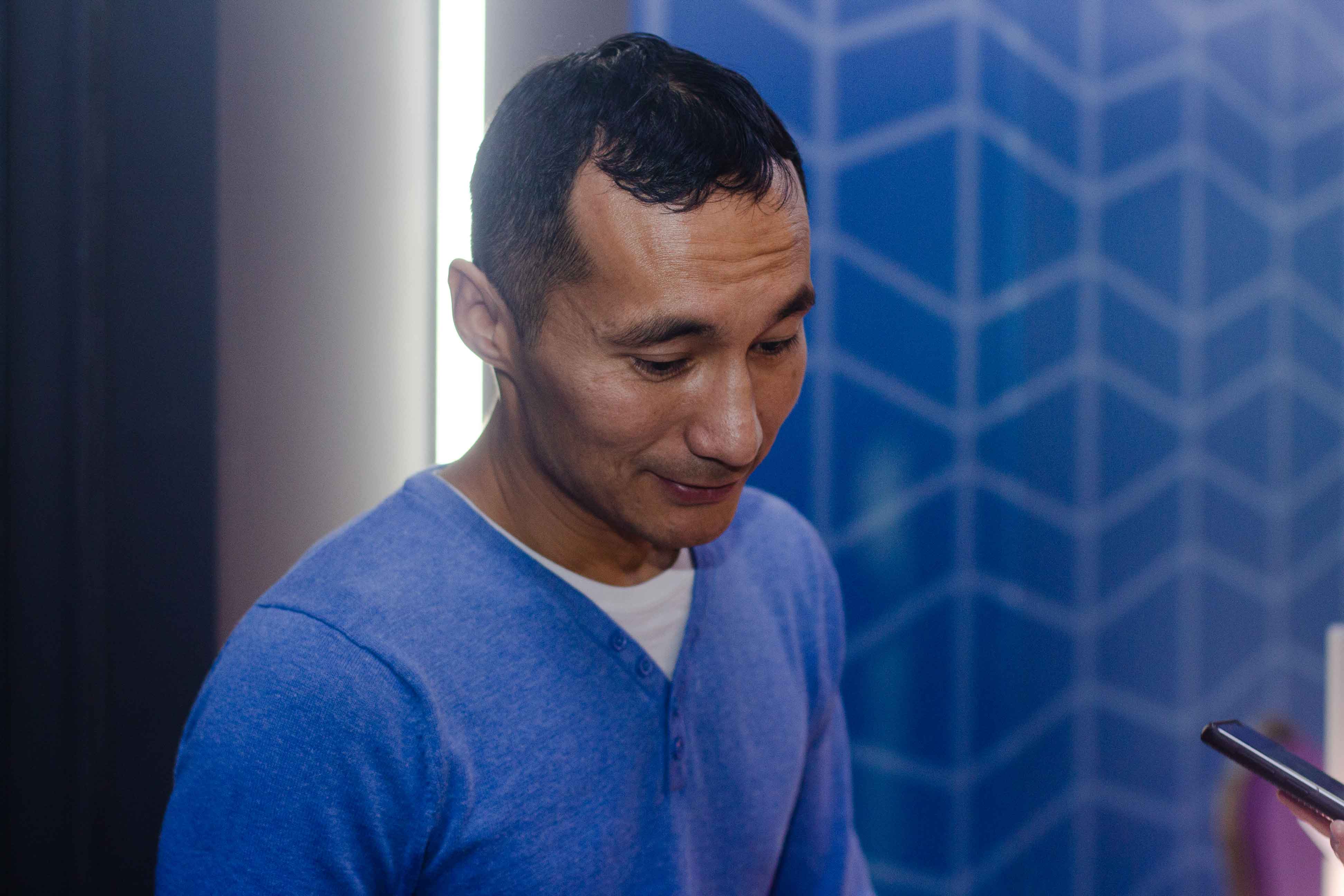 There are kids who grew up in urban settings and they don't know how to grow tomatoes or cucumbers, you know? They think that the stores have their own production. Our task is to show not only the need, but also the need to be closer to nature.

There are statistics. Soon, the food basket will become a big problem because of the compacting of cities. Urban farming, according to researchers, is a profession of the future.

Pakizat Sailaubekova, co-founder of The Recycle BIRGE: We are in the Eco-Scan app. In the beginning it was a hand-held scanner that reveals information about the packaging to you. But my team and I decided to expand. I would like to talk not only about recyclable packages, but also to educate people. 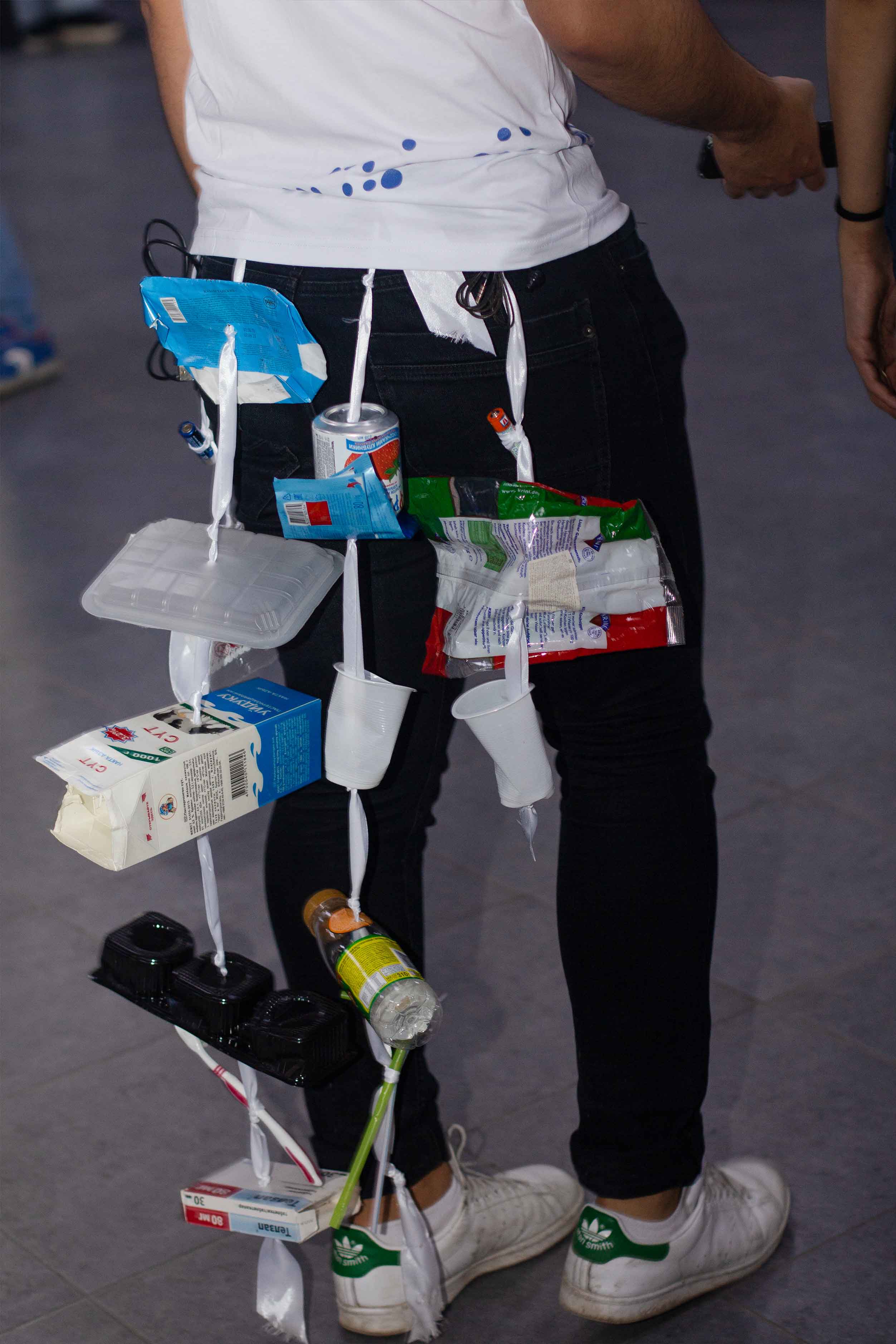 So now our app tells about reusable mugs, recycling and informs about eco-friendly activities all over Kazakhstan. To make people more conscious and reduce consumption. Every day we throw away a lot of waste and a lot of it is almost not recycled.

We took a little time with the app to create it on both platforms - iOs and Android. And it will be released in April this year.

The festival is over. What's next?

Rowan Kennedy, British Council: Of course, I would like the idea of the project to continue to live on. In three years, a community of activists has been created, which continues our common cause. We do not plan to continue the project, but we will develop ties between the partners and, perhaps, we will work in joint projects.

Yerkanat Zaitov, Almaty City Development Center: The most important thing is that the project showed the mayor's effective format of work and interaction with Almaty residents. WeAlmaty has become an example for other organizations and this may pay dividends in the future.

Daniyar Mukitanov, «WeAlmaty«: At the first forums we had to persuade the speakers to speak, and there was a certain skepticism in the direction of the mayor's office among the citizens. Today, almost every week, public hearings are held in the Office of Urban Planning and Urbanism of the Almaty Mayor's Office.

They no longer need the initiative of the «WeAlmaty» project to gather and solve common problems. This is an indicator of big changes.

For me, the main thing is to change the culture of interaction. And we have also achieved the creation of strong ties between curators, citizens, activists and the mayor. We are seeing a fundamental shift, but the city and residents have room to grow.

We have sent all our efforts to connect as many people and organizations as possible. Such a network can live independently and it does not need to be fed from the outside.

«WeAlmaty» has created an informal community with strong connections throughout its existence. With the completion of the project, the community will not disintegrate and we will help each other. And also partners, as organizations, will involve participants in their projects.

But the most important thing to note is that the project «WeAlmaty» is an unconditional nugget, the experience of which was first applied in the context of our hometown and the country as a whole. Thus, the dialogue was started: about the common future, the best prospects, development, common goals and objectives. The process is up and running!

The WeAlmaty project was implemented by a coalition of partners consisting of the British Council, the Almaty Mayor's Office, the Almaty City Development Centre and the Kazakhstan-British Technical University with financial support from the European Union.