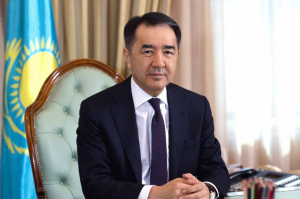 Mayor of the city of Almaty

He began his career in 1985 as a teacher in the Department of Political Economy of the Alma-Ata Institute of National Economy.  From 1992 to 1998, he worked in the private sector. He was the President of the tourist and commercial company «Marue«, General Director of JSC» KazMet«, Deputy General Director of JSC«Lukoylneftegazstroy-K«. From 1998 to 2002, he was Deputy akim of Zhambyl region, Deputy Chairman Of the Agency for small business support, Chairman of the Board of JSC «small business development Fund«, Deputy Chairman of the Agency for regulation of natural monopolies, protection of competition and support of small business. From 2002 to 2004-first Deputy Chairman Of the Agency of Kazakhstan for regulation of natural monopolies and protection of competition. From 2004 to 2007-Chairman of the Agency for regulation of natural monopolies. From 2007 to 2008-head of the Office of Prime Minister. From 2008 to 2012-akim of the Pavlodar region. Since 2012 - Minister of economic development and trade. From 2012 to 2013-first Deputy Chairman of the NDP «Nur Otan«, first Deputy Prime Minister - Minister of regional development. During 2014-2016 - first Deputy Prime Minister. In 2016, Bakytzhan Sagintayev became Prime Minister, having served in this post for two and a half years. After that, he held the positions of Secretary of state and head of the Presidential Administration. Since June 28, 2019, he is the mayor of the city of Almaty.

Awarded the order «Kurmet» (2006), the jubilee medal «10 years of Astana«, "for contribution to the creation of the Eurasian economic Union» of the first degree, the diploma of the Commonwealth of Independent States.

Since July 26, 2019, he was elected Chairman of the Board of Directors of JSC «Development Center of Almaty«.